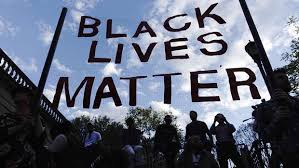 Think about this, in 1983, the U.S. General Accounting Office conducted a study that found three out of four of the off-site commercial hazard waste landfills in Region 4 (South) were located in predominantly African American communities  (Bullard & Johnson, 2000).

This is just one example of how the United States intentionally doesn't consider African American and other Blacks as people that deserve to live healthy and happily. The Atlanta Black Star talks about 8 examples of environmental racism with examples as close as Richmond, CA. According to the Atlanta Black Star, "The people of Richmond, particularly African-Americans, are at significantly higher risk of dying from heart disease and strokes and more likely to go to hospitals for asthma than other county residents" (Atlanta Black Star, 2015).

Things that we can do to prevent environmental racism is to advocate for the vulnerable population, support politicians that are aware and ready to make a change and support programs that are already in the works to make a change from a grassroots standpoint.
at September 08, 2019

The topic I am considering is chlorpyrifos (insecticide) among farmworkers.  Chlorpyrifos  is used to control many different kinds of pests,...